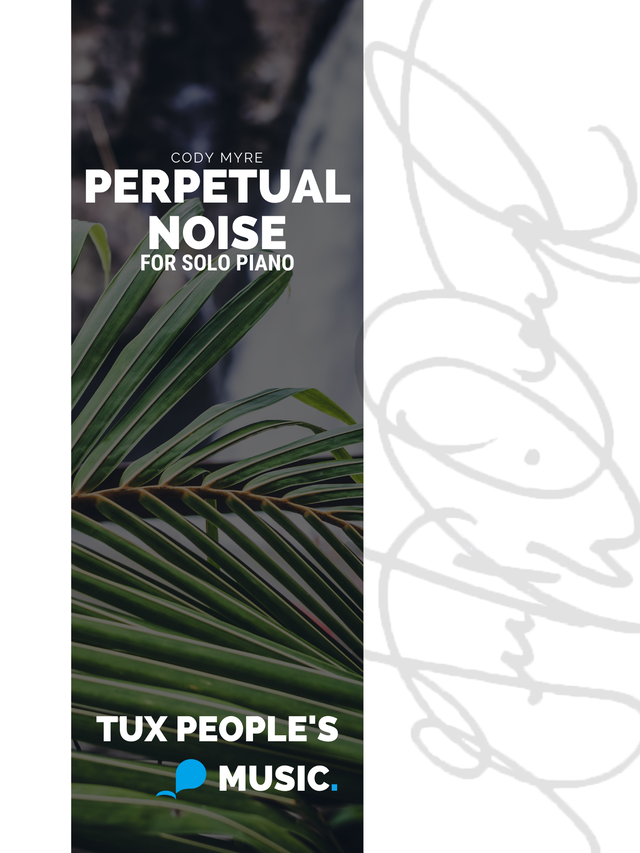 Each of Perpetual Noise’s six movements brings exciting, yet contemplative content to any mid-level pianist willing to explore expanded harmony and left-hand endurance in a solo setting. Additionally, each movement has been composed to work as a standalone piece.

$15.00
Shop
​​Prefer to purchase this title through one of your favorite online/local retailers?
Browse them Here!
<
>
​Piano
In its infancy, Perpetual Noise was a simple concept: a cycle of works based heavily off my own piano improvisations. Because of their impromptu beginnings, they took on shorter, less developed forms and leaned in favor of simplicity and concision. At first they were disconnected, bearing little more resemblance to each other than just sharing the same concept, but as the cycle neared completion they became more cohesive and formally similar, finally being tied together by the prelude (adapted from the soundtrack to an old video game that I worked on) and the postlude, which was composed as a bookend, or a sort of afterthought to bring all of the main themes back in subtle ways.

​Each movement has a motif in the form of an arpeggiated voice (like the foundation for a traditional nocturne), which is extended throughout the work in perpetuity. Not only does this provide an excellent structural framework upon which to compose a melody (or two), but it also makes for an excellent exercise in performance stamina for the intermediate pianist. The composer invites the performer to extract any movement from this work for performance without needing to perform the whole cycle.